In 1772 Sir Thomas Egerton commissioned James Wyatt to design a home for his family. Heaton Hall was completed in 1789. James Wyatt also designed some of the other buildings around the park. Sir Thomas later employed William Emes to landscape the park. The estate remained in the Egerton family until 1902 when the 5th Earl of Wilton decided to sell the hall and park. Manchester Corporation bought the estate for £230,000 and provided a number of public facilities. During WWI the park was used as a training ground for the Manchester Pals battalions and the hall became a military hospital. During WWII the Royal Air Force used the park to train aircrew and a barrage balloon was placed there. The park was restored in a partnership between the Heritage Lottery Fund and Manchester City Council. This recreated some of the original Emes landscape around the Hall and restored four of the Wyatt buildings.

The sound walk can follow all of the stops; or you can customise the walk to visit the locations of your choice. You can even make a stop at one of the 4 cafés in the park; located at the stables, the boathouse, Heaton Park garden centre and Heaton Park golf centre. 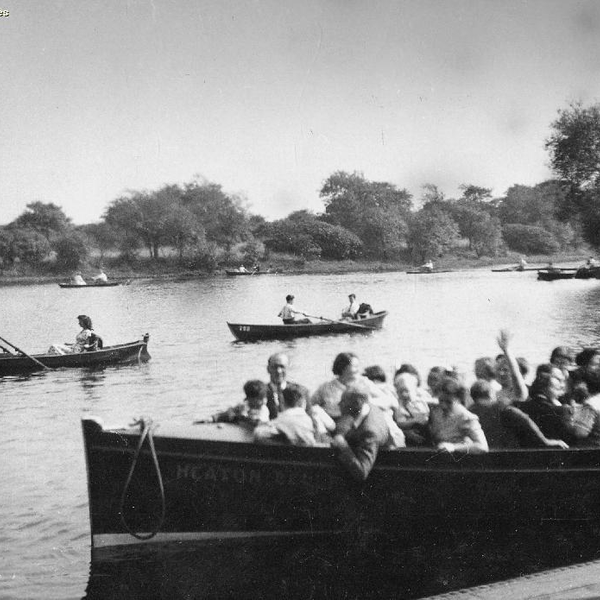 The boating lake was not part of the original estate, but constructed between 1908 and 1912. Teams o… 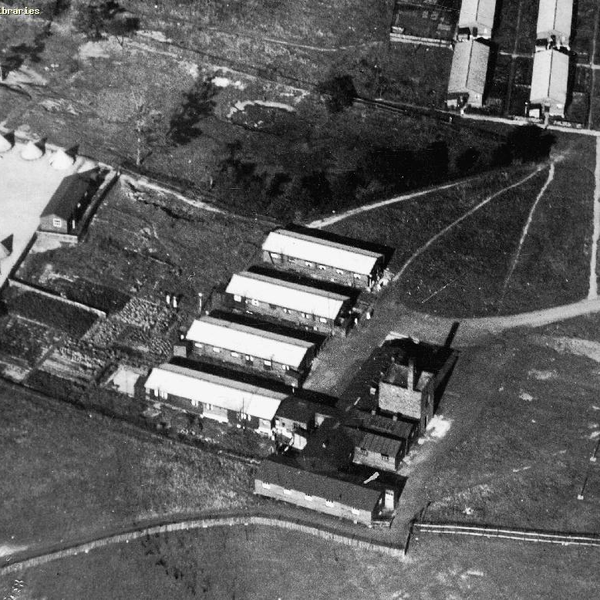 Hutments and Prefabs by Sheepfoot Lane and Middleton Road

From September 1914, this area was used as a tented camp for four battalions of the Manchester Regim… After Heaton Park was bought by Manchester Corporation a tram line was extended into the park. On 3 … 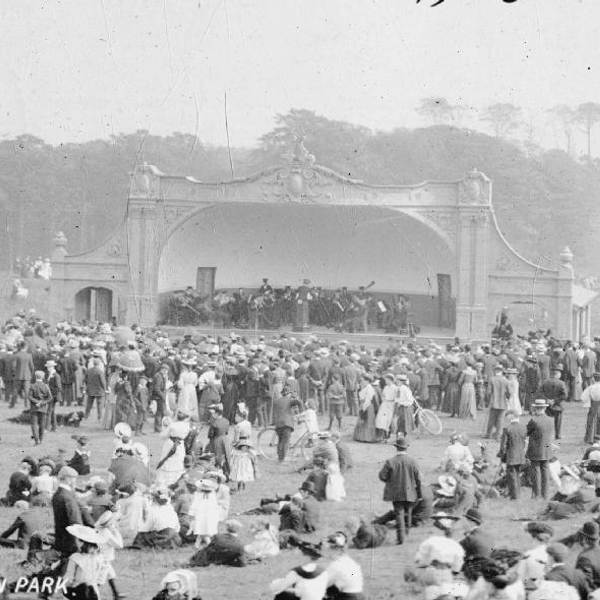 There were 2 bandstands in the park; the larger one built in 1906 looked like an open air theatre wi…