Lines of Dissent - The Tale of the Cedar of Lebanon

The Tale of the Cedar of Lebanon by Dimitri Scarlato

Curator and artist, Dzifa Benson wanted to comprehend the majesty of this 250 year old tree, with all it has seen and experienced over that time. A tree given special status by Nellie Ionides when she passed Orleans House to the Borough Council to become a contemporary art gallery, we were asked to prize this tree so all may enjoy the emotional attachment that comes from being deeply, awe-inspired by nature.

Dimitri captures this essence through the elevation of a new piece of music, experience it in the gallery or at the tree and allow all senses to fill you.

Dimitri Scarlato is a composer and conductor born and raised in Rome where he studied Composition, Piano and Conducting, before he moved to London to complete his studies at the Guildhall School of Music & Drama and at the Royal College of Music, who selected him as a RCM Rising Star in 2010. His music has been performed in several venues across Europe such as Barbican Hall and Cadogan Hall in London and Gran Teatro La Fenice in Venice. His activity spans contemporary classic music, opera, theatre, films and pop music. In 2011, Dimitri was selected for the Royal Opera House’s VOX3 - Composing for Voice and the Berlinale Talent Campus 2011 as a film composer. The Accademia Filarmonica Romana premiered his opera Fadwa in May 2013 at the Teatro Olimpico in Rome. In 2014, he was the music/conducting coach for Sir Michael Caine on the film Youth, by the Oscar winning director Paolo Sorrentino. In 2015, he won the 3rd Composition Competition at the International Spring Orchestra Festival with his piece Caduceo, written for two pianos and had his opera The Christmas Truce premiered at the Teatro Palladium in Rome. Over the last years, he has worked on several cinematic projects including Sparks & Embers, a British independent film starring Kris Marshall (2015), and Thala my Love, a Tunisian independent film about the ‘Arab spring’, previewed at the Carthage Film Festival 2016. Highlights from 2017 include conducting the premieres of three new contemporary operas at Stara Zagora (Bulgaria) and Later with Jools Holland as arranger and conductor for the American indie band Queens of the Stone Age. In 2019 he released his album Colours, performing it live in London, Florence and Rome. He also composed the music for the soundtrack of the feature film Il Talento del Calabrone, released in autumn 2020 on Amazon Prime Italy. Dimitri also won the 2nd prize in the Opera Harmony digital opera festival in September 2020, with his mini opera A Life Reset and in August 2021 won an award for his soundtrack to the short film Intolerance. In October 2021, his piece for choir A le superne rote was premiered by the Hungarian National Choir at the Dante 700 concert, which celebrated the anniversary of the Italian poet. In April 2022, Dimitri conducted the closing concert of the 16th Malta Spring Festival, premiering his work for chamber orchestra Lumière à la Tombée de la Nuit in a programme including Xenakis, Gubaidulina and Mahler. In June, he collaborated with the poetess Dzifa Benson, composing I Told it to the Sea to accompany her poetry, performed at the Whitstable Biennale. He is currently working on a new piano piece commissioned by the pianist Peter Jablonsky and on a film about the Italian poet Alda Merini. Dimitri is also active as an educator, being the Area Leader in Composition for Screen at the Royal College of Music, and being visiting lecturer for the London Film School and Southbank University, where he lectures up and coming film directors about the function of music in films. 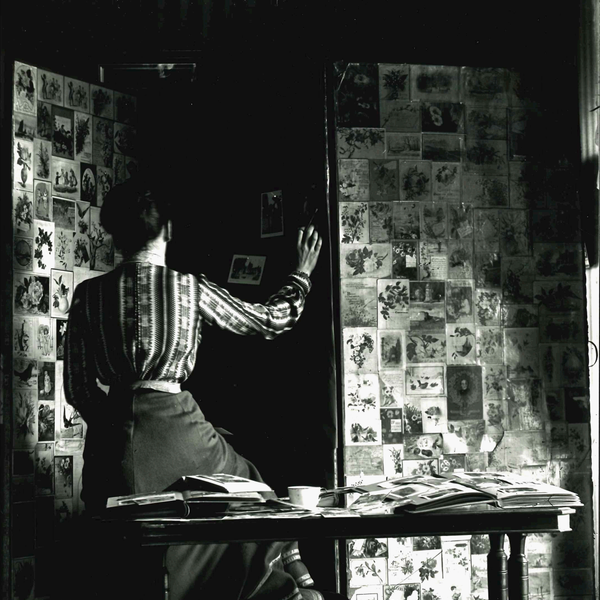 The Tale of the Cedar of Lebanon

The Tale of the Cedar of Lebanon by Dimitri Scarlato Curator and artist, Dzifa Benson wanted to com…