Tribute to the Thames

A trubute to the Thames. (From the archive UbuWeb)

An extensive iteration of Roni Horn's encyclopedic project to photograph the Thames, staged at the Art Institute of Chicago, saw the artist partner her own signature fluidity with the solidity of the modernist canon. Curated by James Rondeau, this remarkable exhibition, "Some Thames," consisted of seventy-seven framed photographs installed throughout twenty-five galleries devoted to the museum's permanent collection of modern and contemporary art, as well as in its corridors, stairwells, lobbies, offices, and library.

The footnotes that Horn employs in her work usually provide textual counter-points, but in Saying Water, 1999-, a monologue that she performed at the exhibition's opening, literary allusions became discursive. Dressed in black jacket and pants, she assumed the mannered cadence of a poet, showing slides and interrogating her work, her viewers, and herself. Emphasizing in her poses the androgyny of her name, her self-conscious attitude shifted to become by turns conversational, anecdotal, and seductive. Paired with the non-narrative structure of her photography, chains of quotations linked figures as disparate as Emily Dickinson, Hank Williams, and Martin Heidegger. These accumulations reiterated a desire for transparency in the face of opaque mundane experience. "Water is the master verb," stated Horn, "an act of perpetual relation."

Horn's attention to what she characterizes in her accompanying text as "the minuscule," the "aberration that is rare formation," accounts for the work's haunting presence. If we accept Horn's larger project as a sustained meditation on identity, then our task is equally charged by its endless variability. We followed the unexpected contingencies of "Some Thames" like a treasure map. The identification of Monet with water may be cliched, yet as we viewed Horn's photograph next to Matisse's Interior at Nice, 1919-20, a sunny seascape reverted to what it actually consists of, a slice of blue paint. In a gallery of German Expressionism, the sour effect of Ludwig Meidner's 1913 portrait of Max Hermann Neisse was heightened by Horn's mustard-colored photograph. Elsewhere an orange speck on a mottled Thames surface echoed the edge of Clyfford Still's abstraction 1951-52. Not only formal, Horn's edits were also conceptual. Like a liquid connoisseur, she replaced one too many Giacomettis with a photograph in which a brittle black branch matched the paintings' skeletal linearity. Abutting a Juan Gris Portrait of Picasso, 1912, the choppy river informed the jittery gestures on the canvas. Horn's glittering surfaces chimed with the hallucinatory landscape of Roberto Matta Echuarren's The Earth Is a Man, 1942, and the popular Magritte Time Transfixed, 1938, will never seem quite the same after Horn's pairing of the steam from the locomotive with the water's smoky wake. Twins are never truly identical, and by Horn's analogy, water does not reflect us, but rather we reflect the water, in all its confounding mutability.

The theoretical implications of this installation complemented and supplemented the chronology of the museum. We were encouraged to proceed through the modernist canon as if walking beside a river, Horn's quasi-abstract surfaces provoking reciprocal exchanges that marked formal and iconographic similarities between permanent masterpieces and temporary photographs. An allegorical exercise, "Some Thames" partook of and amplified conventional taxonomies while resisting their classification. In most cases, Horn's image was the other to the museum masterpiece, and yet, following its wide-ranging itinerary, the Thames became the figure, the collection the ground. The absence of labels for Horn's series signaled the uncertainty of authorship yet marked the photographs as interlopers. In this project, Horn complicated her system once again. In its insistence on doubling and difference, "Some Thames" first queered the river, then the museum in which we were reflected.

Giovanna Iorio - Sound Artist (UK)
I am a sound artist and I live in UK. I am the founder of the Poetry Sound Library, an archive that preserve the voices of poets from past and present. I research ways to link poetry to the landscape. My sound walks are in UK and around the world. Among my projects there is "Voice of Trees, a sound walk to discover the voices of the most important poets from the Poetry Sound Library: monumental trees or parks receive a poet's voice and they become part of an inspiring sound installation. Website & Info: https://thevoiceoftrees.weebly.com/ https://poetrysoundlibrary.weebly.com/ 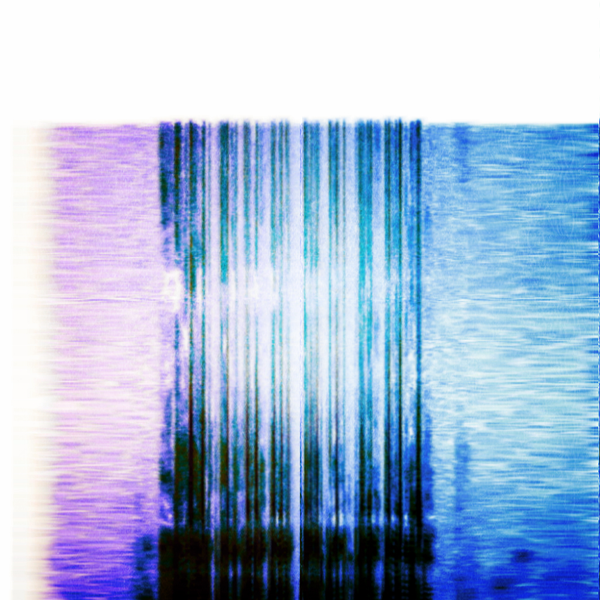 An extensive iteration of Roni Horn's encyclopedic project to photograph the Thames, staged at the A…