Regarding the fact that throughout in the history women actively participated in all areas of music, the idea behind this soundwalk is to present the creativity of women composers and performers in all its variety, giving them an equal chance of placement in general and in musical history. The name – Musica Inaudita – (lat: »music, not yet heard«) reveals both welknown and almost unknown women composers in a fresh, exciting example of different music – from the Gregorian Chant, through the Medieval organum and Baroque motets and sacred vocal-instrumental music to contemporary music. The Musica Inaudita reflects various contrasts between the spirituality of the Eastern and Western church, between the temperaments of the European Medieval music and the South American Baroque and between the contemplative chants and the brilliant polyphony as well as avantgarde expression.

MORE:Music by female composers The project encompasses works by women composers from the 9th century on; from Kassia of Byzantium to the nuns from Lombardia, from the prophetess Hildegard to Mexican musicians in the Baroque period to the present time. Musica Inaudita – (lat: »music, not yet heard«) reveals almost unknown women composers – from the Gregorian Chant, through the Medieval organum to Baroque motets and sacred vocal-instrumental music from South America to avantgarde works in 20 century.

In all the past periods and cultural environments, vocal music has been man's first and most powerful musical means of expression. Music, above all singing, has always served as a very close connection with God. In many cloisters, rich musical life was developed and nurtured. What was regular musical practice of monks in monasteries, was also true of the musical life of nuns in convents. However, due to the strict social codices and clausura, musical works by nuns composers could not be published. Therefore, performances of their works were limited to music-making behind the convents' walls.

The Musica Inaudita programme first part reflects various contrasts between the spirituality of the Eastern and Western church, between the temperaments of the European Medieval music and the South American Baroque, and between contemplative choral chants and brilliant polyphony. The concert is performed exclusively by women performers – singers and instrumentalists on period instruments – in accord with historical performance practices in the convents. Second part brings several works by reknown composers of today.

To understand the relationship of women in convents with the church, it is important to know what happened to music in the Church. Dance music, wedding music, laments and many types of social and ritual music formerly composed by women, were forbidden. This was a barrier to the creative musical power of male as well as female composers. Since these forms of expression had always been associated with women, prohibition of pagan music was largely directed at women. Given all the hindrances and limitations put before the women artists in historical Europe (after interpretation of what e.g. Paul the Apostle wrote in the letter to Corinthians: "Mulier tacet in ecclesia" – A woman must be silent in the church!), it is perhaps easier for us today to understand why the music of women composers remained such a mystery throughout history. In the past it was a custom that the authors performed their own work and for this reason, it was hard to find the work of female composers on the program. Namely, the society did not stimulate female performance in public. But women's involvement with music always took a variety of forms; they served at times as the audience, as participants, as sponsors, and as creators. Women were active performers of secular and sacred music. Many women performed as amateurs and also as professional performing groups, either in the home, convent, or in courtly or urban settings. Many musical sources have been lost, and those sources that do survive only occasionally provide attributions to female composers and performers. This is so because women composers generally did not have the chance to publish their musical works. When looking through music encyclopaedias one might agree that music creation was exclusively in the domain of men. Monasteries and Music

After 500 A.D., the convent was the only acceptable alternative to marriage for European women. Many female monasteries were established. First nuns were women from upper classes of society and their monasteries were very rich in cultural life: nuns wrote poetry, sang, and played instruments. There, women could acquire the mysteries of reading and writing, and learn the spiritually beautiful music of the Church. For this reason, these monasteries were very attractive. Musical life flourished in convents. Nuns of numerous monasteries spent from five to eight hours daily in the practice and performance of liturgical song! With a few exceptions, monastic women's participation in the liturgy, closely paralleled that of their male equivalents. Many of the women's monasteries lacked the wealth and opulent display of nearby male communities, but they often had a set of liturgical books containing both text and music for the chants in which the choir, soloist(s), and readers would partake. Some sources also indicate women's roles within liturgical dramas performed at the convents. In the mass, then, nuns or canonesses would have sung the entire major musical items. The choir, which usually consisted of all of the nuns, presented the ordinary chants with their unchanging texts (Kyrie, Gloria, Credo, Sanctus, Agnus Dei). One woman served as the cantrix, sängerin; assumingly she had a leadership role, which was not open to women outside the convent. Behind monastic walls music was composed and nuns were well informed about modern trends in music. And because usually the authors who made music also performed it by themselves or it was performed in a place, where they lived and worked, singing liturgical music was the central communal activity in most convents. 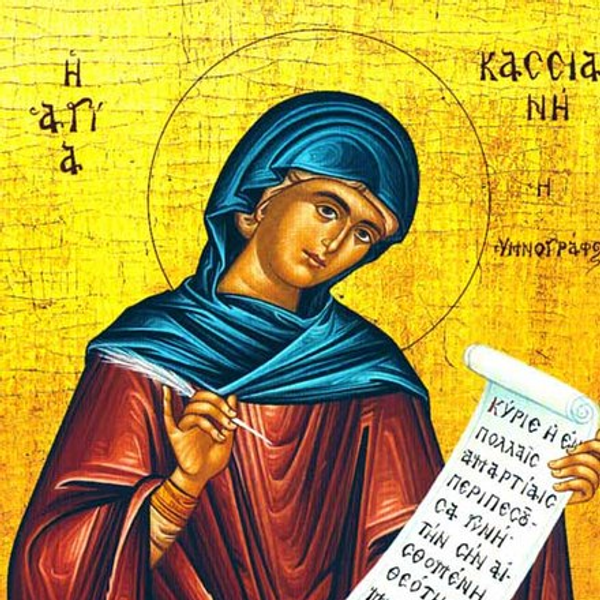 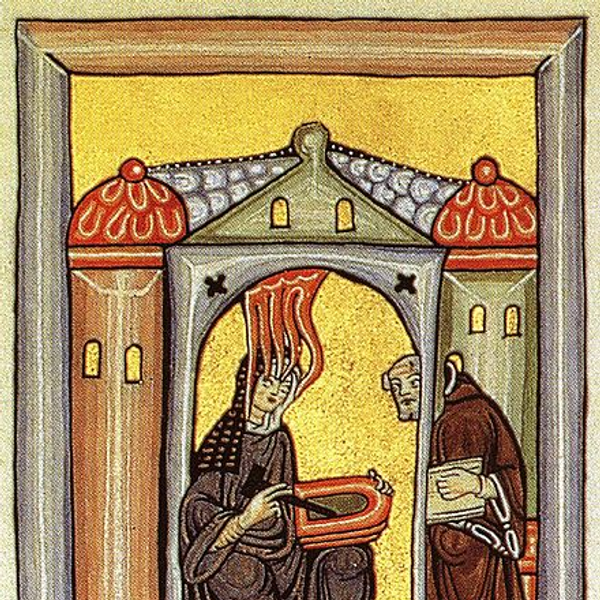 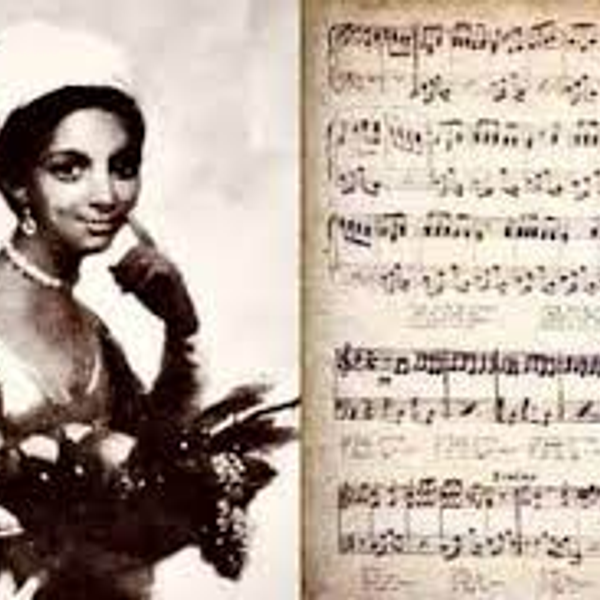 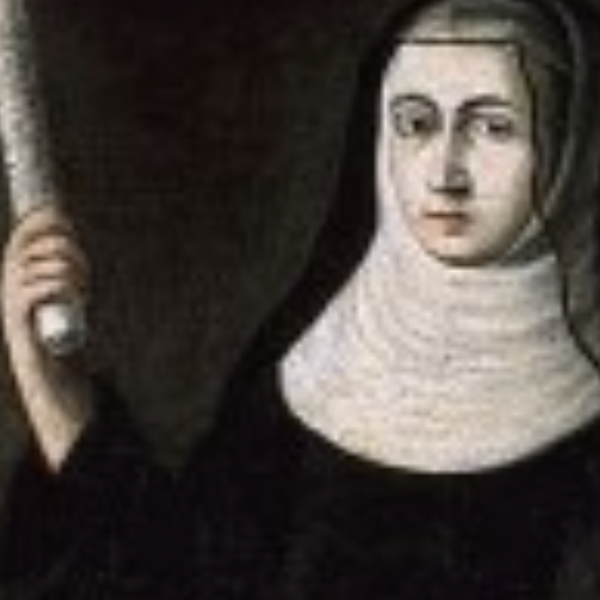 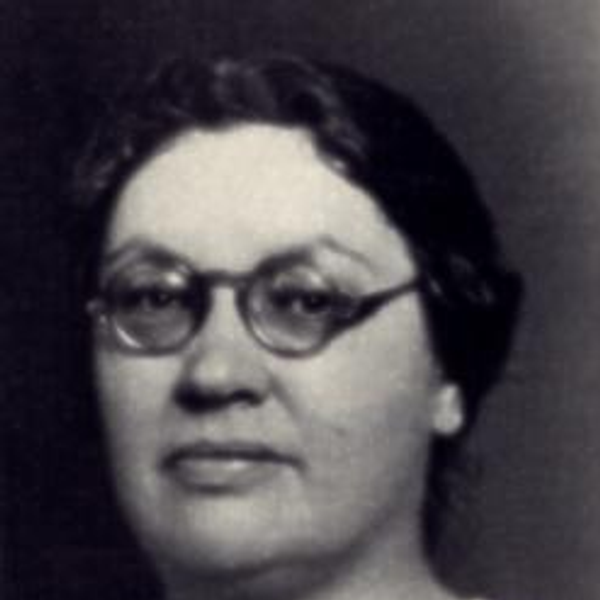 A village in Sumatra during WW2. Women of various nationalities have been interned without explanati…