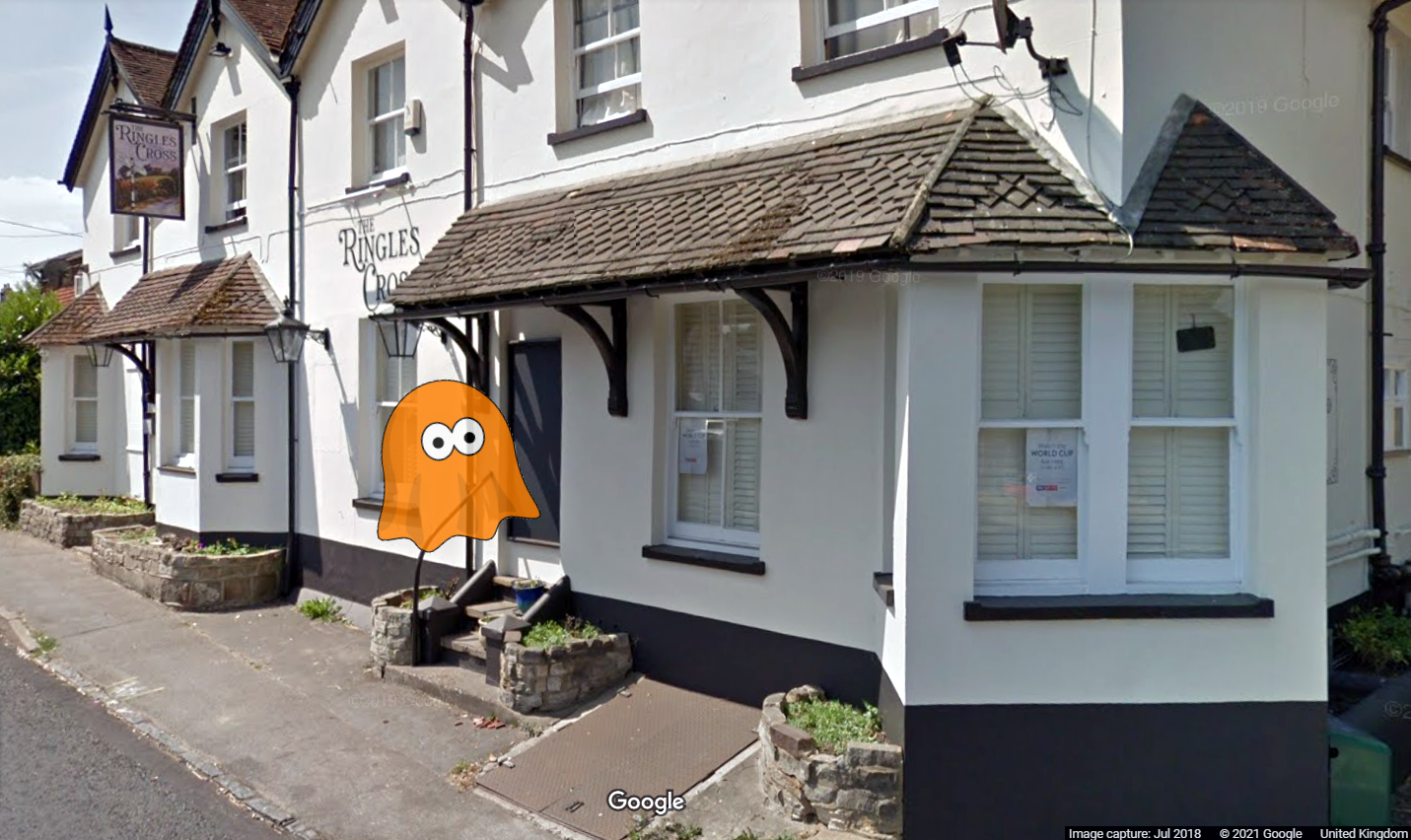 Solo exercise from outside The Ringles Cross Uckfield TN22 1HG

Ground rules: 1) No set date or time. 2) Only do solo, or with people you live with, or your support bubble, or one other person. 3) Keep 2 metres apart from others if you encounter. 4) Ideally pick sashes that are local to you. 5) Ideally pick sashes a walk or cycle from the start/end point rather than drive. 6) Ideally drive only as a part of an essential journey being made anyway, such as for food buying. 7) Walk bits where you can't clearly see the way ahead, so that 2 metre separation from others can be maintained. 8) No going in the pub, may be shut anyway. 9) Do the sash at your own risk.

How it works: Visible on your Apple/Android smartphone or GPS-equipped tablet, referred to here as device, are the following: A start/end square, and four circles showing the initial direction. Your device audibly 'echoes' blobs, checks, etc, when in the vicinity. You can just keep your device in your pocket or backpack, and follow the blob echoes. Or for a check echo, discover which way the blob trail continues. Three blobs in succession, or another check, and you've found the onward trail. A false echo means it's not that way. An echo saying 'go left', or 'go right', means go that way. Echoes can announce a fair few paces prior to the spot. And echoes repeat every 15 seconds if you linger. For longer stretches, echoes repeat every 15 seconds regardless of where you are within the stretch.

The runners true trail is 4.1 miles, the walkers 2 miles. Part-way along the trail, your device echoes that the runners and walkers trails diverge. The trails rejoin enroute.

Along the shared sections, the walkers will encounter the checks, so they'll have a bit more work to do than on a regular hash. The runners-only part has one 'fish hook' echo, at which participants should return to the last check, then rerun that section.

According to local legend, the ghost of Nan Tuck, a woman from Rotherfield who allegedly poisoned a man in the 17th century, is said to haunt nearby Nan Tuck's Lane. Supposedly, the murder was quickly discovered, and Tuck evaded her pursuers over the next few days, by climbing hedges and hiding in hay ricks. So you may have Nan Tuck's ghost breathing down your neck, as you tackle your otherwise solo hash.

It is said that Tuck's intention was to take sanctuary in Buxted Parish Church. According to the right of asylum, if one could reach a church and touch the altar, a fugitive might escape punishment. Though with local officials pursuing her, Tuck was forced to run into the woods. According to the tale, she disappeared there, and was never seen again. So much like a typical hash.

Legend holds that a circular patch of land in the woods near Nan Tuck's Lane stays unfertile, and no vegetation will grow there. If you end up going in circles, I suggest a check underfoot for any greenery.

If bare, you may wish to consult the help map: Zoom in on the start/end square, then tap the triangle beside, then tap SEE MORE. The blue square is the start/end, the arrows show the trail direction, and the walkers-only part is dotted.

On your device, open the Apple App Store or Android Play Store, and type ‘echoes’ in the store search box. The ECHOES app icon looks a bit like a fingerprint. Install, then open, and sign up. The trail should list under 'near you'. Tap MORE NEAR YOU if not. Possible too, is a tap on the magnifying glass, then type the trail postcode with space, or 'sash' for all. Tap a trail, then tap STREAM WALK to use online copy. Or tap DOWNLOAD or down-arrow symbol for offline copy, then tap START. Swipe down screen to refresh downloaded copy, in case changed online. Sometimes app exit then app restart are needed to fully refresh downloaded copy. Download might get stuck before reaching 100%. In which case, exit app then restart, and tap STREAM WALK instead.

Tips: Like most location apps, ECHOES uses the battery a fair bit. A fully-charged device should be enough for the trail. But you might like to take a powerbank, or spare battery. Plus a paper map as backup.

This info is viewable in a browser at https://explore.echoes.xyz/collections/weWUdmyECIorvi9w 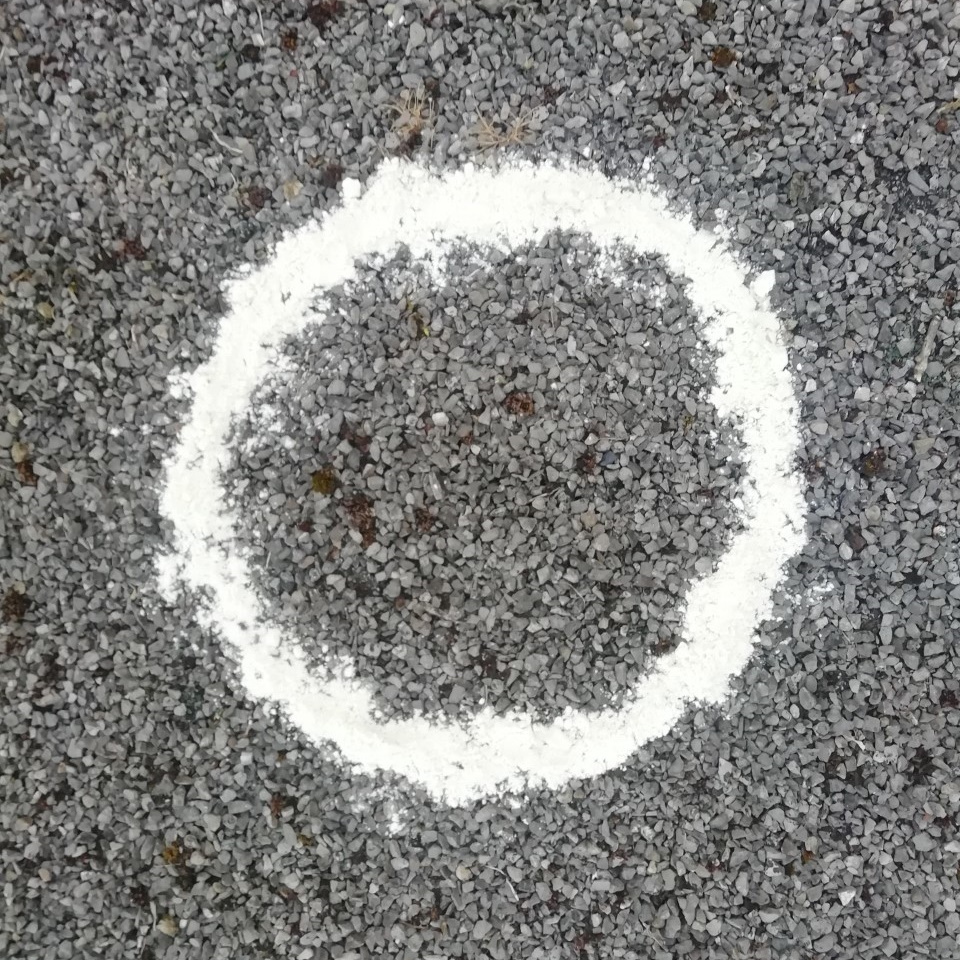